She is a (small) rebellion and this is a good thing. I am talking about the British woman Sophie Slater. She started to study History at Manchester, and became dedicated to women’s rights. One day she had had enough of the way the fashion business treated women. She thought: can fashion be feminist? Are women’s rights considered in the production of clothes? There have been good intentions for years, initiatives for better working conditions in textile factories, campaigns against unnaturally thin models and sexist advertisements. But this has taken much too long for Sophie.

Therefore, the British student founded the company Birdsong with two colleagues in 2014: an internet shop, selling clothes and accessories only made by women in aid projects all over the world. Clothes and style have always fascinated Sophie. As a child she liked to dress up in front of the mirror. During her school-time in the north-east of England, she worked as a shop assistant and model for the American company ‘American Apparel’. Although they claimed not to have their clothes produced by exploitation, the company’s founder Dov Charney had a shockingly one-sided image of women, the young woman remembers. “During my work I was constantly surrounded by posters, showing women’s bottoms.” As it became known that Charney had sexually harassed employees for years, she was sure: the view of women in many fashion companies was still not right.

Sophie worked for an emergency hotline for rape victims, and cared for homeless women. She could see how hard it was for women’s projects when grants were cut back. During a postgraduate programme in London she met Sarah Beckett and Ruba Huleihel, two young women with similar interests. They soon agreed on a study project: they developed an internet shop, offering self-made fashion from several London women’s projects. They took photos of the clothes in parks, and a friend acted as a model. When they went online, they had about 30 products in the shop. After one day they were almost sold out.

Today Birdsong cooperates with 16 women’s projects. Amongst these are six organisations in England, a sewing group of Israeli and Palestinian women, a social enterprise in South Africa, producing necklaces and rings from recycled magazines, and former prostitutes from Thailand, earning their money with self-made jewellery.

NO SWEATSHOPS –  NO PHOTOSHOPS!

About 80% of the proceeds go back to the producers. But the idea of Birdsong goes beyond sales. “We want to remove the male view from fashion”, says Sophie. Therefore, the motto on the website is “No sweatshops, no photoshops” – no exploiting companies and no digitally modified models. The young woman only employs women photographers, and the models have the most different cultural backgrounds. Some women do not shave their underarm hair, some are 86 or transwomen.

THERE IS STILL A BIT OF SEXISM

Birdsong does still not make a profit. The company is supported by private investors and government funding. Therefore, besides her work at Birdsong, Sophie needs three more jobs to pay for her rent: at a school, at a women’s advice centre for rape victims, and as a journalist. But this does not deter her. After all, when she talks with potential investors, she can see how chauvinist not only the fashion business is, but also the scene of social enterprises. She is often seen as a trainee. “There is always some sexism. Only a few investors have the confidence in a young woman to found a company. But every single dress we sell will help to make a change.”

Personal details: Sophie Slater, British and 25 years old, is co-founder of Birdsong (birdsong.london), an internet platform for fashion, produced and sold according to feminist guidelines. She was born in Sheffield, the daughter of a teacher and an administrative officer in the royal household. Besides her job at Birdsong, she gives feminism workshops at schools, works at a social information centre and as a journalist. Here you find an interview with Sophie Slater.

I discovered this article by Sarah Levy in the magazine BRIGITTE 18/2016. I liked this article so much that I copied a large part of it. I assume this is okay for the author and the publisher’s, as I never received a reply to my request for permission to print. 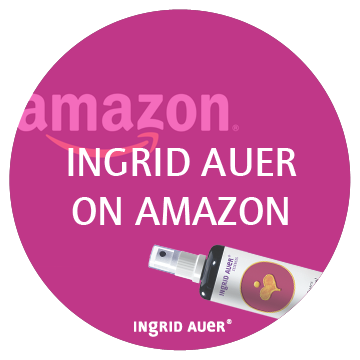